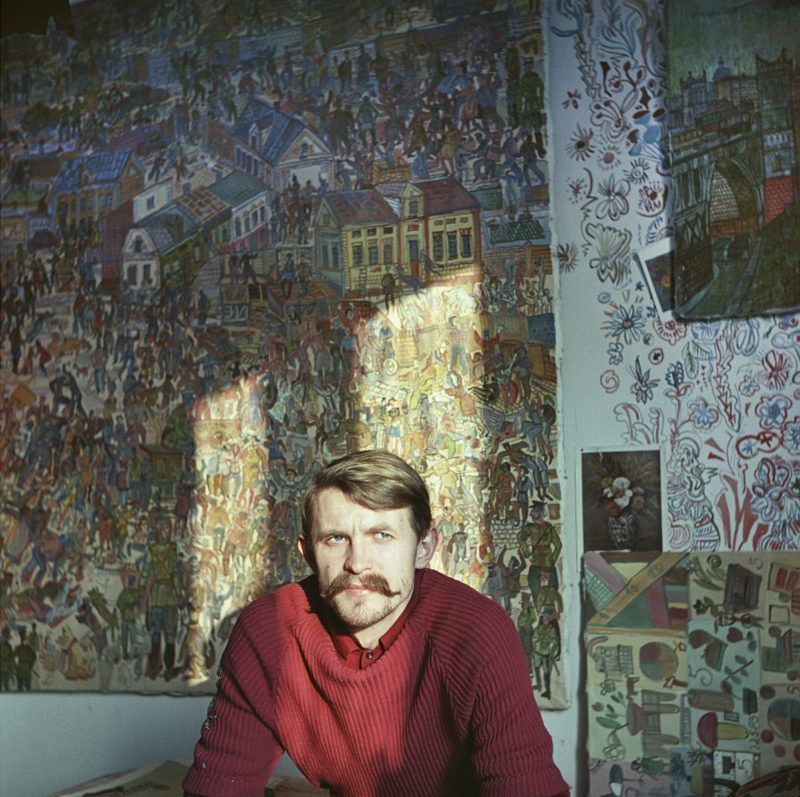 Edward Dwurnik in his studio in Międzylesie in 1966. Photo by Teresa Gierzyńska

Edward Dwurnik is one of the most famous and recognizable Polish visual artists.

He was born on 19 April 1943 in Radzymin near Warsaw. In 1963–1970, he studied painting, graphics, and sculpture at the Academy of Fine Arts in Warsaw, where he graduated from the painting studio of Professor Eugeniusz Eibisch. In 1965, influenced by the exhibition of the naïve painter Nikifor Krynicki, he assumed a similar style in painting, which he later modified and developed.

Dwurnik created extensive painting series. He was a tremendously prolific artist. If we take into account his works on canvas only, his body of work includes over 8000 pieces. His first artworks date back to 1966, which was his oldest and most recognisable painting series, Podróże autostopem (Hitchhiking), a bird’s-eye view of cityscapes. Other important series include Sportowcy (Sportsmen), which is a caricatural and brutal image of Poles in the communist era, and Robotnicy (Labourers), a portrait of Poland fighting the communist oppressor. In this series from the 1980s, Dwurnik’s painting became expressive, dramatic, and politically engaged. His next series were similar, suffice it to consider Droga na wschód (The Way to the East; 1989–1991) that commemorates the victims of Stalinism or Od grudnia do czerwca 1990-1994 (From December to June 1990–1994), which commemorates the victims of Poland’s martial law period (1981–1983). In the 1990s, Dwurnik painted a series that developed upon his Podróże autostopem—Niebieskie miasta (Blue Cities) and Diagonale (Diagonals)—but also completely new series like Błękitne (Blue), Niech żyje wojna! (Long Live the War!), and Wyliczanka (Counting). In the mid-2000s, Dwurnik started working on the abstract series Dwudziesty Piąty (The Twenty-Fifth), which he continued along other themes until the end of his life. 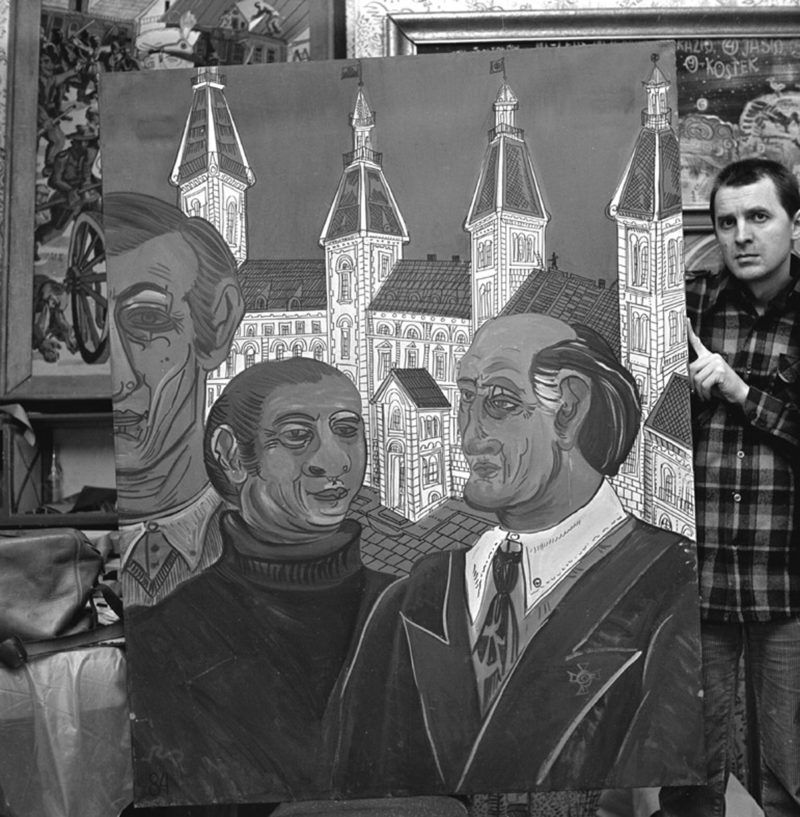 Edward Dwurnik in his studio in Międzylesie in 1974. Photo by Teresa Gierzyńska

Edward Dwurnik died on 28 October 2018 at his home in Warsaw. The artist’s funeral took place on 5 November 2018. He is buried in Aleja Zasłużonych at the Powązki Military Cemetery next to the musician Tomasz Stańko, whose music Dwurnik greatly appreciated.