On Thursday, April 21, 2022, as part of the search for reproductions of paintings from the “Workers” series by Edward Dwurnik, we visited the City Museum “Sztygarka” in Dąbrowa Górnicza and the Zagłębie Palace of Culture.

At the Foundation, we are working on an album monograph of the painting series “Workers” created by the artist in the years 1975-1991. The Foundation’s archives contain reproductions of most of the works from this series, but there are no more than a dozen images of the works. This is the case of the pictures painted during the Friendship Plein-air on the construction site of Steel Works Katowice in 1976.

The list of works by Edward Dwurnik lists four pictures painted during the Plein-air of Friendship:

Among the above works, we have already found reproductions of paintings: Men of Good Job, Cooling Towers and a poor-quality photo of Edward Dwurnik holding the painting DORO.

So we are looking for a photo / representation of the paintings ” Plein Air of Friendship ” and “DORO”.

The image of DORO refers to the name of the Polish quality management system from the seventies “DO-RO” (“Good Job”), mockingly paraphrased as “Get to work!”. The artist portrayed five employees of Huta Katowice on it like on a company notice board, on which photos of Shock Workers were once hung. 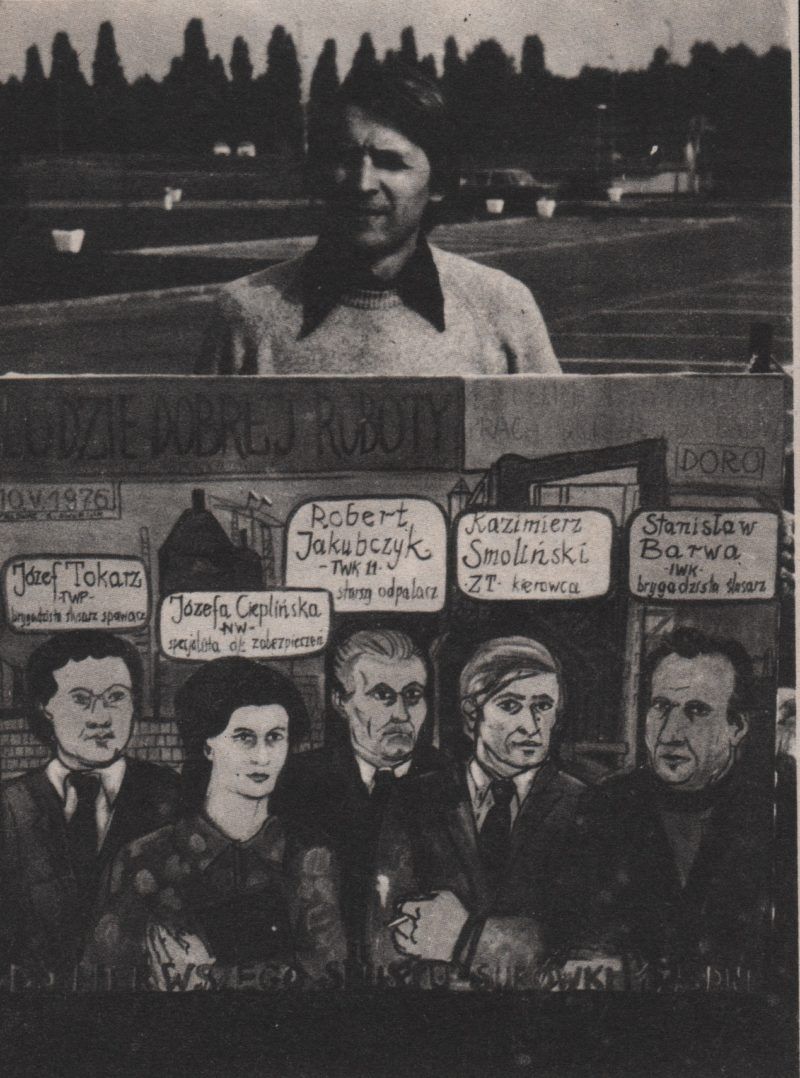 During our stay in Dąbrowa Górnicza, we looked at the resources of the “Sztygarka” City Museum. We would like to thank Mrs. Magdalena Cyankiewicz for her help. Together with her, we found press clippings describing the Plein Air of Friendship. In line with Edward Dwurnik’s comments on the drawings from this Plein-Air. 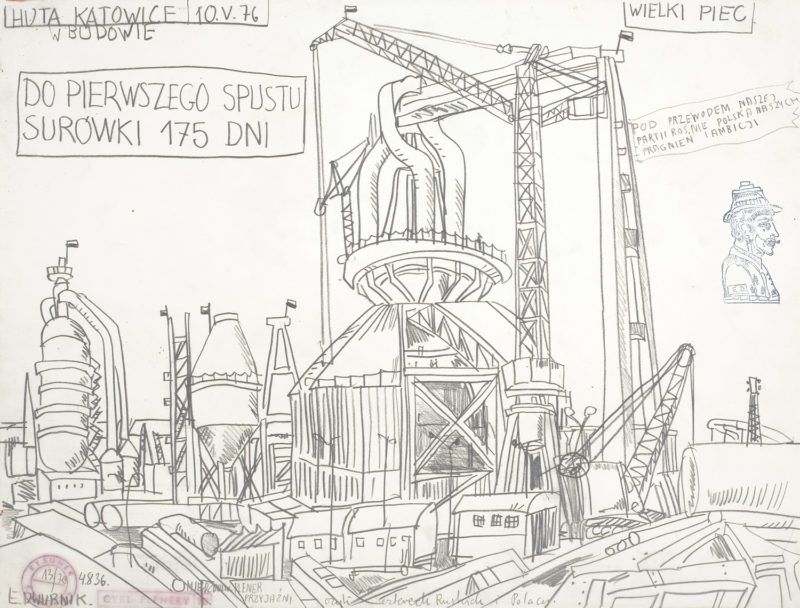 We would also like to thank Mrs. Agnieszka Młynarczyk for allowing us to visit the Zagłębie Palace of Culture during the celebration of the 50th anniversary of the commencement of the construction of Huta Katowice.

At the end of the day, we climbed St. Antoni, from which we admired the panorama of Huta Katowice Metallurgical Plant and we drove to the main gate of the plant. 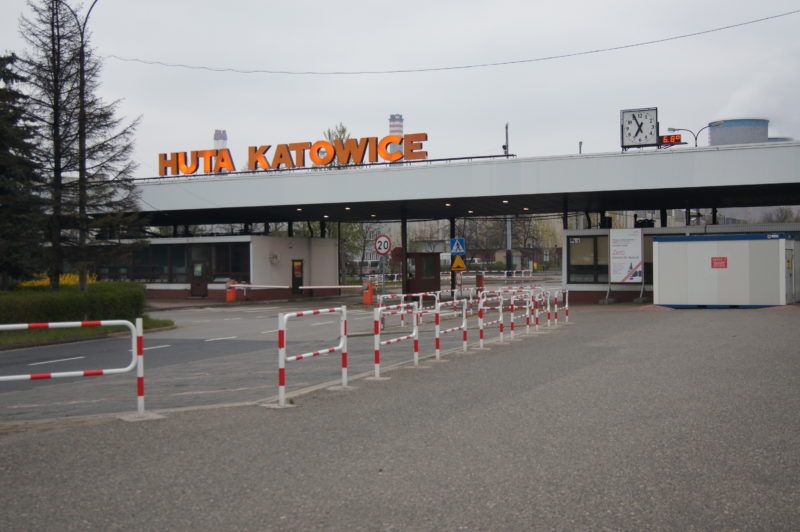 Searching for reproductions of Edward Dwurnik’s paintings is like a journey back in time – a journey to cities and places where the paintings were made, as well as to the past. We browse archives, ask about memories, establish new ones and renew historical contacts.

In addition to the paintings related to the Plein Air of Friendship, we are looking for a dozen or so paintings – the most important canvas No. 1 in the Workers series: “Colorful Helmets” from 1975 (133 x 202 cm). According to the census, this painting was once shown in Poznań.

If any of the above-mentioned paintings is in your collection, we will be grateful for information. We have a dedicated camera for digitization and we will be happy to come to the indicated place to photograph the image, if it is possible. All persons and institutions that provide us with reproductions of the artist’s section will be listed in the publication.